Today April 11, 2018, is Lacy’s Birthday. She is a six years old Tuxedo cat and has had an interesting life. Lacy was a rescue from a city shelter. Lacy was taken in by a little girl and through events of life had to move away and the kitten was left alone for long periods of time with only sporadic visits for food and water.

It was time to move her on and my friend and cat rescuer Janet asked me if I would adopt a cat. Lacy came to our house three years ago and the adventure begins.

As a lone spayed female who had limited free roaming privileges. It was a dramatic change for her to move in with a young neutered male. Soxs and Lacy did not get along that well at first.

Lacy’s three years with us and six other cats has been interesting as we watched her personality change. She did not like her new surroundings and to compensate she found herself a spot in the house to be alone. Lacy was not allowed outside because the rural area where I live is too dangerous. When she did move around the house, she kept a sharp eye on the door as she planned an escape.

Escape she did one day as I was fixing the door knob. She got out and headed straight for the bush. I could not chase her as I found that she is really fast. For two weeks we worried until we came up with a plan to recapture her. I put her in a leash not to long ago and took her out. Lacy was timid and I soon realized that she was not enjoying herself so in we went.

It was in the fall with cool nights, rain that we would see her around the yard at night. I put out a wild life camera to verify that she was still around. I was amazed that she stayed close to the yard. Then put out a live trap with food and one morning she was caught. The two-week drama was over to every ones relief. She lost a lot a weight and had bruised paws. A can of wet food and lots of hugs later we welcomed her back home. A person can only wonder what abandoned cats have to live through!

This was a point of dramatic change to her personality. She became much more sociable and quit hanging around the door. The other cats would bully her around and at one point she lost her appetite and was becoming quite lethargic. A late night vet visit revealed nothing so I concluded that there was too much stress from the other cats. 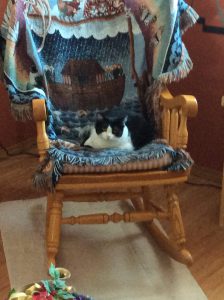 Another personality change. She took control and no longer allowed herself to be bullied. She stands her ground and walks around with authority. Something I think that built her confidence is that I would rescue her and hold her if she was getting attacked.

Lacy’s Three years have been interesting and observing how each one of our cats change as they get older and learn to live with people and dogs is an education. The three cats I have raised from kittens are fearless and the older rescued cats require patience with their socialization and require their own space so they can grow emotionally at their own pace.

Pets are family. Everybody is an individual and just like people show their love and needs differently. Remember they are totally dependent on us for the necessities of life and these lives are not expendable. Every day my cats make me smile. How Long Is Cat Care? ITS FOREVER 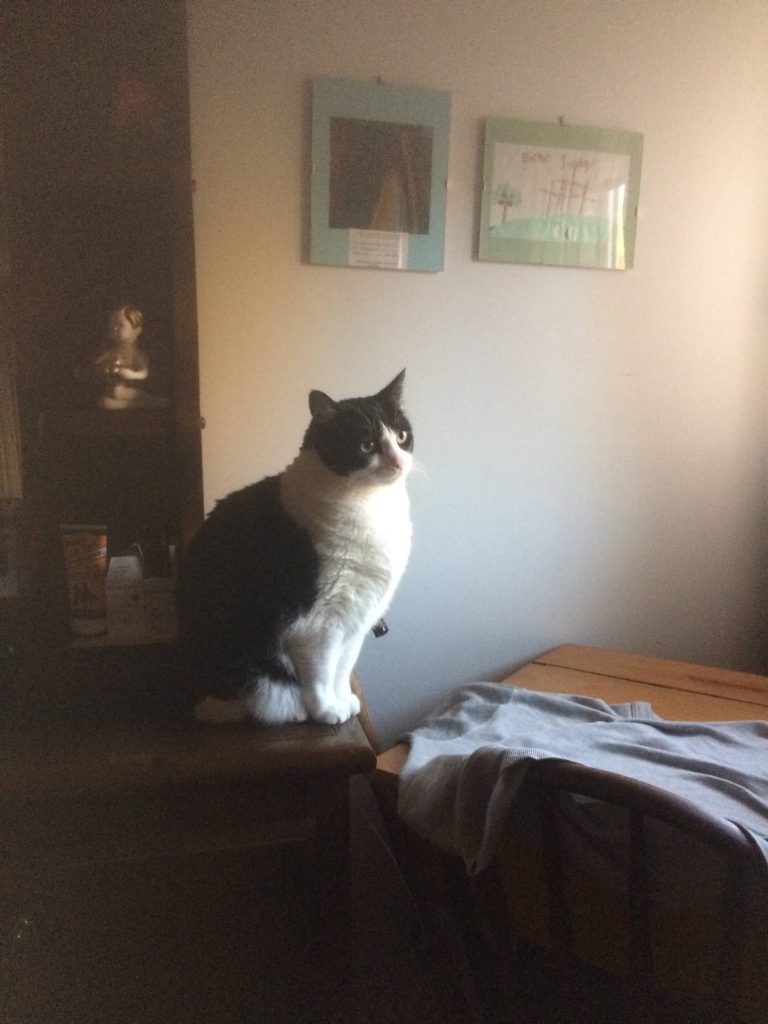 That’s my story for today. Hug a kitty and do something green for the environment. Don’t forget to check my Cat Care Products page for all your kitty needs.